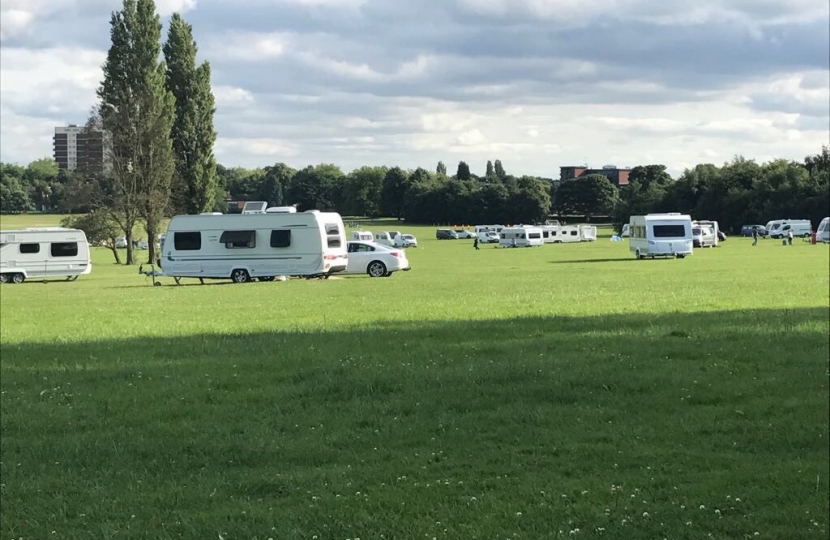 Eddie Hughes MP has now spoken in a debate on travellers in Parliament, where a number of proposals to amend or introduce new laws were suggested.

Statements from the Labour run Council claimed that no more could be done locally to tackle the problem of unwanted encampments. However after our petition, the granting of an additional injunction at King George V’s Playing Fields shows that further measures can be taken to protect local parks.

Cllr Louise Harrison said “We would like to thank those who signed our petition and we are pleased to announce that there is now an injunction in place on King George V’s Playing Fields in Bloxwich. We will continue to seek protection for other parks wherever they are required”.

Eddie Hughes MP said “I am really pleased that the Bloxwich West Councillors have been proactive in campaigning for wider measures to prevent unwanted encampments”.