Welcome to the website for Walsall North and Walsall South constituencies, including Walsall, Darlaston, Moxley, Pheasey, Bloxwich and Willenhall. Here you'll find details of our latest news and campaigns. Get in touch to support and volunteer! 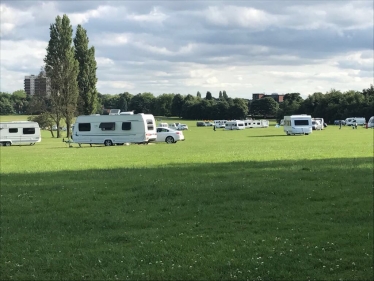 Eddie Hughes MP has now spoken in a debate on travellers in Parliament, where a number of proposals to amend or introduce new laws were suggested.

Statements from the Labour run Council claimed that no more could be done locally to tackle the problem of unwanted encampments. However after our petition, the granting of an additional injunction at King George V’s Playing Fields shows that further measures can be taken to protect local parks.

Chase Line is on track

The Bloxwich Conservative Team have achieved success following their petition…

The viability of Remembrance Parades across the borough has been under…

Eddie Hughes is the Member of Parliament for Walsall North. Serving the people…

We’re investing more into young people’s mental health to help children get the best possible start in life. Read the article to find out more about what we’re doing to help mental health in the UK.

The Prime Minister has announced that we're increasing funding for schools by a record £14 billion, levelling up per pupil funding so every child has a world-class education.

Justine Greening: Education and skills will unlock our nation's talent

Greening: education and skills will unlock our nation’s talent